The Unforeseen Problem with Insta Followers

Why pedophiles and sex traffickers are loving social media 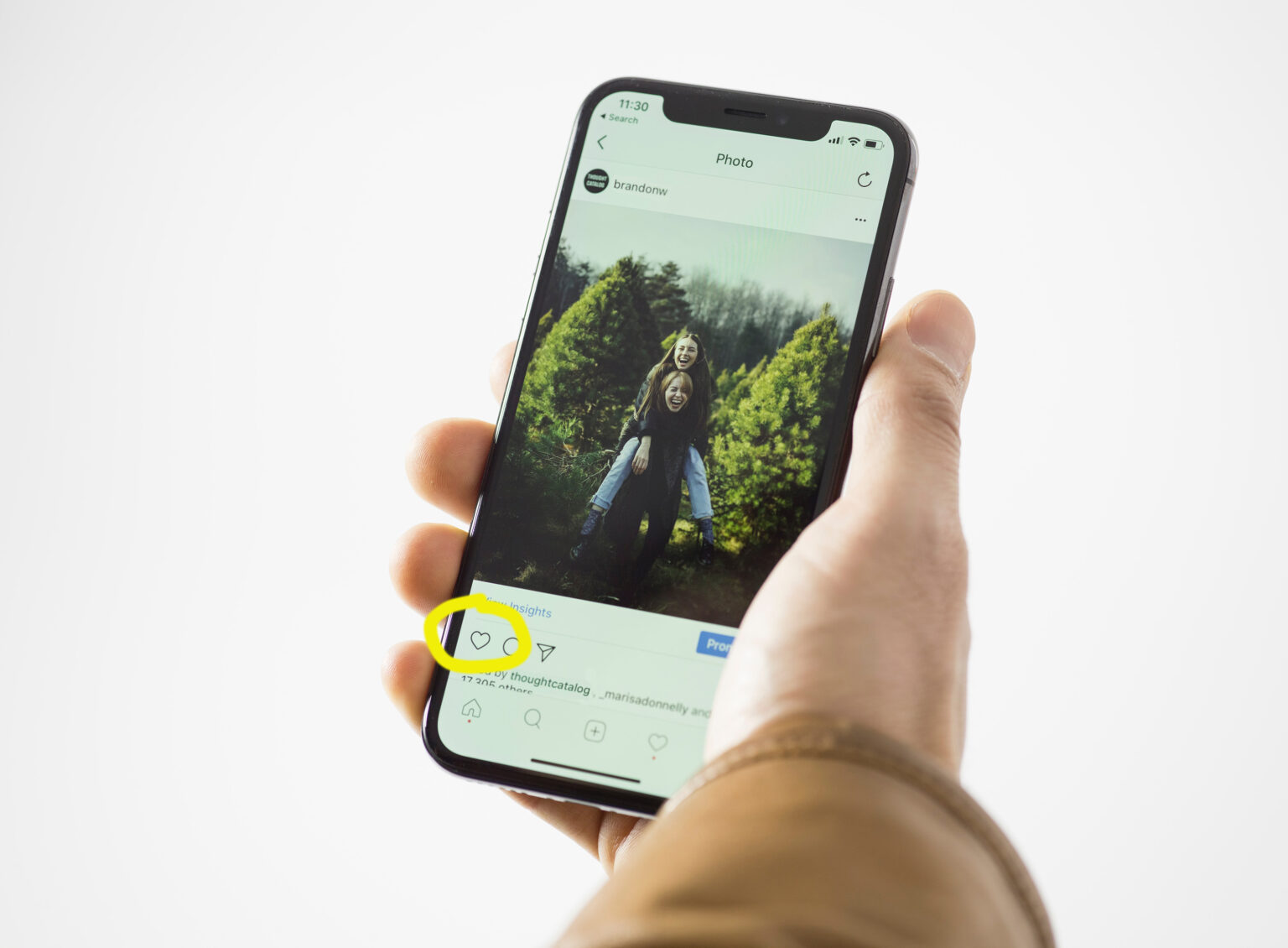 It’s by far the biggest problem with social media right now…and I don’t think Instagram or YouTube ever saw it coming. It’s affecting the online safety of our kids and creating a pressurized environment that’s wreaking havoc on their mental health. It’s that little number on the top center of your Instagram account.

On YouTube it’s called “subscribers.” With Snapchat it’s “friends.” And every one of these descriptors has a number attached to it… and that number is changing everything.

Here’s the thing. Nine out of ten teenagers now carry a device around in their pocket that has a real-time number telling them exactly how popular…or unpopular…they are. And if you think that kids are not influenced by that one little number…think again.

More Followers Please
When I was a kid I wanted to be Magnum P.I. Nice car, lived in Hawaii… and every girl I knew thought he was hot.

My friend David wanted to be Michael Jordan.

But now young people’s eyes are set on a different horizon.

Ypulse research just conducted a survey revealing that 72% of Gen Z (age 24 and below) would like to be an online celeb (compared to 55% of Millennials), emphasis on the word “online.” We’re not talking about Will Smith or Ariana Grande, we’re talking about David Dobrick, Emma Chamberlain or PewDiePie. You may not recognize these names, but your kids do. These are all individuals whose YouTube or Instagram pages launched them to fame (and fortune).

“How many followers do you have?”

Christina must be more valuable than me.

Consider how this “lens” is affecting the way young people view their world.

This churning desire for followers has birthed two unanticipated dangers: one in the area of online safety, and the other in the area of mental health.

Let’s take a closer look at each:

You have a friend request.

Anything that makes that number of followers go up is good, right?

Let this whole paradigm sink in for a moment. Today’s young people aren’t worried about “privacy” anymore. They either have switched their accounts to public (so anyone can follow) or they are saying yes to as many people as possible.

What does this mean for online safety?

It means that most young people today have “followers” who aren’t who they seem.

Last week I was talking to kids in public school assemblies about this dilemma. In preparation for the assemblies I scanned the school’s Instagram account, found student profiles linked to the school and began clicking and scrolling through some of the profiles. The overwhelming majority were public, so anyone could view them. Not surprising, many of the girls posted pics a little too revealing.

Here’s where it got a little bit scary: if you looked at the comments on many of those posts, you’d find responses from “modeling agencies” who requested the student to DM (direct message) them. I “shared” some of these profiles to a contact I know in the LAPD Human Trafficking Unit, and she told me that these “modeling” agencies are rarely who they say they are. In fact, the majority of sex crimes involving the internet begin just like this—predators on social media posing as someone they’re not.

And these were just typical Insta profiles at an ordinary high school in small town Kansas.

It’s happening more frequently than you want to know about, especially with vulnerable girls who are looking for love outside their current home environment.

Three weeks ago I was at my doctor’s office and the nurse asked me what I did for a living. I told her I was an author and most of my speaking right now was to parents and schools about teens and screens. As I told her a little bit about the struggles principals and school administrators were having, especially in the area of girls regretting sharing revealing pics… this nurse’s eyes began to tear up.

“You know someone who this happened to, don’t you?” I asked.

“My niece.” She said, wiping a tear from her cheek. “When she was in foster care she met a teenage guy online, one thing led to another and she snuck out to meet him…

He wasn’t a teenager at all. She was trafficked to Vegas.”

I wish it was the only time I heard stories like this.

Literally every time I speak about this in some random city across the U.S. someone will come up to me and share their firsthand experience of their son or daughter meeting a guy online, building a relationship, only to eventually discover it wasn’t who they thought it was. Often these stories have horrifying endings.

And rural towns are not immune from this. Last week when I spoke on this subject in “nowhere” North Dakota, a youth leader approached me when I was finished speaking and told me one of their biggest struggles on their youth trips was that their teenagers wanted to sneak out and meet up with “strangers” they had met on Instagram.

2. Not As Many As Her
I met a girl who had more Instagram followers than anyone in her school, but still seemed distressed about the size of the number.

“Yeah,” she sighed. “But not as much as Kylie Jenner.”

Kylie Jenner is a self-made billionaire with 141 million Instagram followers.

the overwhelming majority of young people are constantly being reminded what fame and fortune looks like…and that they don’t have it.

Perhaps that’s why we’re seeing an unprecedented spike in teen anxiety, depression and even suicide in teenagers today.

Social Media giants like Instagram have recognized the effect these apps can have on the mental health of young people. In fact, Insta is testing a feature in 7 different countries that will hide from your followers the number of “likes” you receive, hoping to create “a less pressurized environment where people feel comfortable expressing themselves.”

Time will tell. If only they’d do the same with the number of followers.

So what can parents do to help their kids avoid these self-inflicted feelings that they just don’t measure up? Here’s a few ways to build into the self-esteem of generation screen:

If your kid wants to be the next PewDiePie, you don’t need to crush his dreams. But remember, if your kid wanted to be a Nascar driver, you probably wouldn’t let him start driving at 12-years-old. Same is true with that device in their pocket. Age restrictions and screen limits are very healthy, especially when balanced with a comfortable climate of continuing conversations about what wise posting looks like in an insecure world.

Are you engaging your kids in these conversations?

OR FOR MORE ON THE SUBJECT OF SOCIAL MEDIA, SCREEN TIME AND THE PRESSURE TO BE LIKED, TAKE A PEEK AT JONATHAN McKEE’S EXTREMELY HELPFUL BOOK, THE TEEN’S GUIDE TO SOCIAL MEDIA & MOBILE DEVICES

Jonathan McKee is the author of over 25 books including the brand new Parenting Generation Screen, and The Teen’s Guide to Social Media & Mobile Devices, and Amazon Best Seller, The Guy’s Guide to God, Girls and the Phone in Your Pocket. Jonathan is an expert on youth culture and speaks to parents and leaders worldwide.